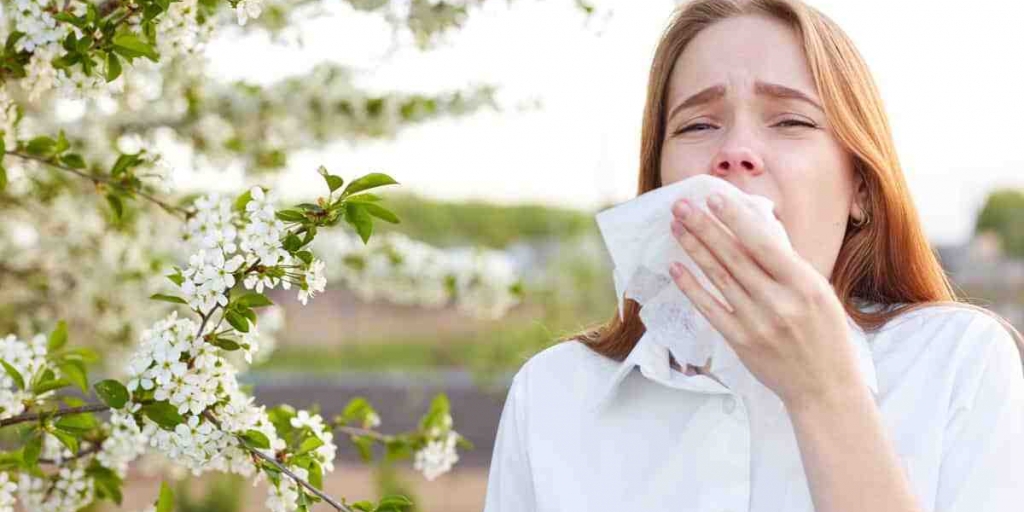 At a time when COVID-19 is spreading all over the United States, even the slightest little sniffle or cough can suddenly seem like a big cause for concern. But even if you’re able to get tested and confirm you don’t have COVID-19, there are still some annoying ailments that promise to make life less pleasant for a while. One of the classic questions that can arise for some people is: are my symptoms because of allergies? Or is it a cold? Because the symptoms of a cold and various allergies can mimic each other so closely, it can be difficult to determine which is the culprit. It’s important to get it right, though, since the treatment options for a cold or allergies can be substantively different.

What Is a Cold?

Usually referred to as the common cold, a cold is a disease of the upper respiratory tract that occurs as a result of being infected with a virus. Amazingly, there are over 200 known strains of virus that cause the symptoms we typically associate with the common cold. The most common, responsible for as many as 80% of cases, is the rhinovirus. Even though it rarely becomes a serious disease, the nature of all respiratory infections can make them potentially dangerous for people who either already have respiratory problems or who are immunocompromised.

Because the rhinovirus is so small (one of the smallest on record, in fact), it is easily transported through the air via aerosolized droplets. In addition to being transmitted through these droplets, the virus can also be passed from one host to another through direct contact with mucus from the nose or even from contact with an object that has been contaminated. In a sense, the common cold is transmitted in much the same way as the novel coronavirus that has been so prevalent and destructive over the past many months.

In general, an allergy refers to a known immune system reaction to a particular kind of substance; for example, people who are allergic to peanuts can have a potentially dangerous and violent reaction when exposed to peanuts. When people refer to “allergies” in the context of the common cold, however, they almost always are referring to the seasonal allergic reactions that can affect the respiratory system.

These seasonal allergies can look and act different for different people in different parts of the world and at different times of year. Some of the most common environmental allergens, though, are pollen (often referred to as hay fever), ragweed, pet dander, mold, or dust mites. For people who are susceptible, the sudden presence of these substances can cause a rapid and lasting bout of several kinds of symptoms. Though the symptoms are usually somewhat mild, the severity also differs from person to person, and it can become a notable disruption to many daily activities.

Why Are the Symptoms So Similar?

Even though the underlying cause of the common cold is significantly different from seasonal allergies, the symptoms are often similar or even sometimes indistinguishable from each other. Why is this? The basic reason is that both cause an immune system response in the upper respiratory tract, and this response has a similar effect in the body’s systems.

When a cold virus enters the body, it binds to certain genetic receptors in a way that begins to cause inflammation; this reaction means that the body has recognized the virus as a harmful foreign agent, and it triggers an anti-inflammatory immune response. These anti-inflammatory mediators actually cause the symptoms of a cold by, among other things, causing mucus to form in any part of the respiratory system where the virus is found. The build up and attempted release of this mucus is responsible for many of the symptoms.

In an allergic reaction, a similar effect can be observed; when an allergen enters the body of an allergic person, the immune system sometimes (for unknown reasons) misidentifies an otherwise innocuous agent as an allergen. The presence of the substance is then treated in a similar way as with a virus: inflammation causes an anti-inflammatory response, and the response causes the symptoms. Some of these are unique to the allergy, but there are some common symptoms that both share:

How Are Colds and Allergies Different?

The main difference between a cold and allergies is of course the primary cause: virus compared to allergens. But there are also other ways, mainly through comparing the symptoms that are different, to tell them apart. In this sense, one of the most telling differences is the presence (or lack thereof) of general aches and pains. When you have a cold, feeling achy around your body is a fairly normal symptom to have, mostly because of the anti-inflammatory response to the virus. With respiratory allergies, however, it’s extremely unlikely to experience such aches as a result of the allergens.

Another big difference between the two is that a cold can sometimes lead to a fever; this is more common in children, but it can theoretically happen to anyone. But having a fever is one of the clearest ways to eliminate allergies as a possible cause. Below is a summary of some typical symptoms and some guidelines for determining whether it indicates a cold or allergies:

Signs of a Cold

How Do the Treatments Differ?

Ultimately, determining whether you have a cold or allergies is really crucial in deciding the approach to treatment. Even though there isn’t a cure for the common cold, there are various over-the-counter (OTC) medications like decongestants or pain relievers that are effective at treating the symptoms and making you more comfortable; you can also be made more comfortable by eating hot soup or drinking a lot of fluids. With allergies, by contrast, the medications are different, and they usually involve antihistamine nasal sprays. Also, some of the classic cold remedies that are known to help won’t really help you feel better with allergies; in fact, for some people, relief can only come from actually avoiding the allergen.

When to See a Doctor

As noted earlier, fortunately neither a cold or allergies will ever become a serious concern for the vast majority of people. Indeed, most people with cold symptoms wouldn’t even need to see a doctor unless you had a fever or the symptoms persisted for longer than 10-14 days. For people with allergy symptoms, sometimes OTC medications just can’t bring the level of relief that they need to feel comfortable going about their daily lives. In these cases, it’s a good idea to see a doctor and get prescription allergy medication that can be more effective.

If you’ve been experiencing some of the symptoms noted here and you aren’t sure whether you have a cold, allergies, the flu, or even something else, you should consider seeking out a doctor’s advice. TrustCare offers numerous convenient locations; you can simply walk-in to any of our urgent care clinics. We also offer allergy testing services so you can find out definitively if you have allergies. Our staff is dedicated to helping you feel better faster!