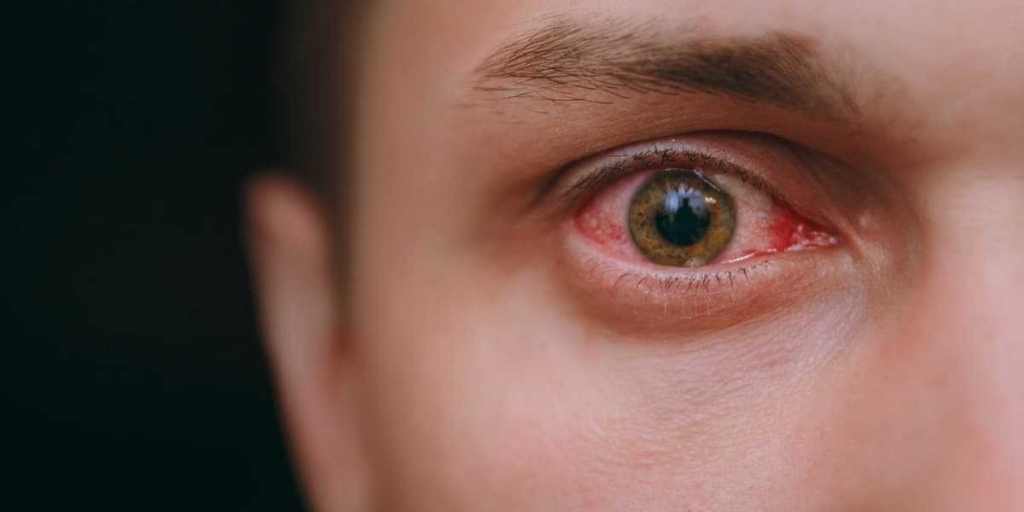 It’s an experience many have had at some point in their lives: you wake up in the morning and try to open your eyes, but they won’t open without some extra effort. Your eyes are seemingly glued shut by some gooey or crusty substance. If this is your experience, you probably had pink eye, the common term for the condition known as conjunctivitis. While not a serious condition, it is estimated that around six million people a year get pink eye.

What is Pink Eye?

Unsurprisingly, pink eye gets its name from the trademark pinkish or reddish hue that is visible in the white of the eye when someone has the condition. This white part of the eye, known as the sclera, is covered by a special tissue called the conjunctiva, which can become infected and subsequently inflamed and swollen. Conjunctivitis, then, is in essence an inflammation of this protective eye tissue.

What Are the Types of Pink Eye?

As pink eye is a blanket term for any inflammation of the tissues covering the sclera, there are similarities in the potential symptoms for different people; however, there are three basic types of conjunctivitis that can look different from one another and require different kinds of treatment. The three main types are listed below:

This is the most common type of conjunctivitis, and anyone can potentially contract it. This type is further broken down into several subtypes:

This type of conjunctivitis occurs most frequently in people who have a history of seasonal allergies. When they come into contact with an allergen, inflammation is triggered in the conjunctiva.

Similar to allergic conjunctivitis, this type only happens when a foreign substance enters the eyes and causes inflammation. Common irritants can include chlorine in swimming pools or air pollution.

Though the various types of pink eye have many differences in terms of how they can be contracted, many of the symptoms are still fairly similar. With any type, the primary telltale sign is a pink or reddish discoloration in the white part of the eye that can occur in one or both eyes. The following are some additional common symptoms that mark the condition as actual conjunctivitis:

Some people who wear contact lenses also may notice problems with the lenses staying in place or generally feel uncomfortable. Overall the symptoms are typically mild, and most people view them as a gross inconvenience.

As noted earlier, the cause of pink eye is related to the type. Allergic and chemical conjunctivitis can be directly linked to a foreign substance entering the eye and causing inflammation. Once the foreign substance is removed, the allergic reaction stops and the inflammation generally goes away. In the case of seasonal allergies, pink eye may become a regular occurence, but fortunately there are a variety of medications that can mitigate the effects of the allergens in question.

For viral conjunctivitis, the most common type, it is caused when someone is first exposed to a virus. This often happens by being transmitted through mucous membranes; for example, if someone nearby has a viral infection (such as a rhinovirus) and they sneeze in the vicinity, those droplets can travel through the air and infect you. At first the virus may be limited to another part of the body, but it can actually be spread from one part to the other; a person could potentially sneeze in their hands and then later rub their eyes, thereby passing the infection to the sclera.

Bacterial conjunctivitis is similarly contagious and can be spread through a variety of different ways. Poor hygiene is very often the culprit; if you don’t regularly wash your hands, it’s easy to pick up the infection from anything you might touch: towel, washcloth, face lotions, eye makeup, pillows, etc. These infections are often caused by the streptococcal or staphylococcal bacteria, two types that spread easily among humans.

Because of how relatively easy it is to pick up pink eye, it’s important to keep in mind some easy ways to help prevent the spread. These tips are also good ideas for maintaining good health and hygiene in general:

What is the Treatment for Pink Eye?

According to the American Academy of Ophthalmology, pink eye generally goes away on its own after 1-2 weeks. This is great news, but in the meantime it can be an unpleasant experience, and many people feel self conscious about the redness in their eyes that is visible to others. For these reasons, treatments are aimed at reducing discomfort and potentially lessening the course of the infection.

For allergic or chemical pink eye, the treatment is primarily to remove or mitigate the foreign substance that is causing the inflammation; this might include cold compresses or over-the-counter artificial tears. For bacterial pink eye, antibiotic eye drops or ointments may be prescribed. For viral pink eye, however, there really isn’t a treatment for the infection itself since the virus has to run its course; in some cases, a doctor may prescribe steroidal drops to lessen the inflammation.

When to Call a Doctor

Most cases of pink eye will go away on their own after a couple weeks, so a visit to an eye doctor may not be necessary. You might want to see a doctor, however, if you have severe pain in the eyes or if your eyes are very red; you might also want to consult a doctor if there is excessive discharge or if your vision is especially blurred.

If you think you might have pink eye but aren’t sure, the best bet is to visit a doctor to get checked out. At TrustCare, our doctors and staff are dedicated to providing great care and medical advice and making sure you have peace of mind. So if you have been experiencing any of the symptoms listed here, walk-in to any of our urgent care clinics or make a telehealth appointment online.