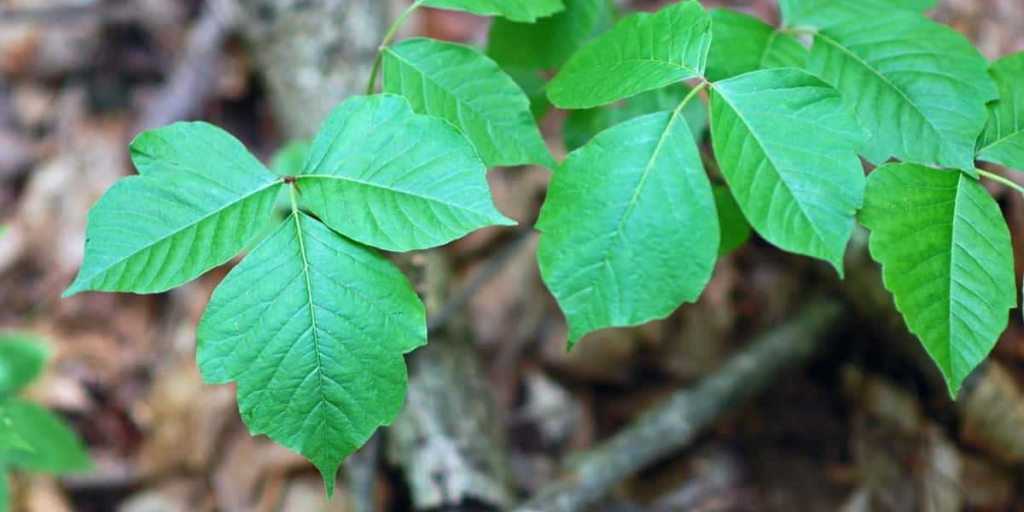 Americans love being in nature and being amongst the many types of flora and fauna that inhabit the United States. And even though being out in nature is safe most of the time, there are still plants and animals that should be given a wide berth. Poison ivy, oak, and sumac are a few well-known examples of plant life that can make a pleasant nature walk turn uncomfortable in short order. The good news is that all three are relatively easy to identify and avoid; moreover, treatment for poison ivy and these other plants is simple and effective.

Toxicodendron radicans, the scientific name for the poison ivy plant, isn’t actually an ivy at all; surprisingly, poison ivy is in the same plant family as cashew trees. And what makes poison ivy actually poisonous? As members of the Toxicodendron family, the leaves of poison ivy, poison oak, and poison sumac all secrete a sap that contains a clear liquid called urushiol. This liquid is the agent that actually causes the well-known skin irritations that result from contact with these plants.

What Are the Symptoms of a Poison Plant Reaction?

When a person is exposed to the leaves of one of the Toxicodendron plants in question, the urushiol essentially gets smeared all over the area of skin that makes contact. The technical term for the ensuing reaction is urushiol-induced contact dermatitis. In this case the urushiol is like any other irritant that can cause an allergic reaction.

As with all causes of allergic contact dermatitis, the primary symptom is inflammation of the affected area of the skin. While many animals can actually consume the leaves of poison ivy without any ill effects, humans are largely allergic to the toxin urushiol. Symptoms and signs of an allergic reaction can include:

Collectively, these symptoms present in the form of a skin rash that can vary in size and intensity, depending on the person. Sometimes these rashes are limited to a small patch of skin, typically if the person merely brushed past a few individual leaves. But if the oily urushiol liquid gets onto clothing or is otherwise transferred indirectly from the leaves to the skin, the rash can spread over a much larger area. In most cases, it takes 12 to 48 hours from first exposure until a rash develops. This can be problematic if a person got urushiol on their hands, for example, and then unknowingly rubbed their hands on their face or other parts of the body; you wouldn’t know until much later that you had inadvertently made the situation much worse.

How Common Are Poison Plant Allergies?

Native to North America and parts of Asia, eastern poison ivy is a relatively common plant that inhabits deciduous forests as well as fields, wetlands, and even backyards. It is estimated that around 85% of the population is allergic to the urushiol in poison ivy and a sizable portion of that group is known to be very allergic; for around 15% of the population, exposure to poison ivy means a severe reaction that involves a rash with painful blisters that can burst and scab over.

There isn’t a cure for the contact dermatitis that comes from exposure, but various treatment options make it at worse a temporary nuisance. Anyone can be allergic to these plants, and there are no demographic groups that are more or less likely to be allergic. And since there isn’t a test available to determine the potential reaction to the toxin, everyone who might come in contact with poison ivy, oak, or sumac should be wary of becoming exposed.

How is Poison Ivy Identified?

There is an old saying, undoubtedly passed down from generation to generation, about identifying poison plants: “leaves of three, let it be.” This simple little rhyme is very helpful for identifying poison ivy and poison oak since they notably both have clusters of three leaves. There are of course numerous other non-poisonous plants that also have three leaves, but the saying is useful for helping us remember to stay alert and mindful when tromping through foliage.

Poison sumac, by contrast, typically has clusters of 7-13 smaller leaves. The unfortunate truth is, though, that number of leaves alone isn’t enough to make a certain identification. Both poison ivy and poison oak, for instance, can have more than three leaves in a cluster, and the leaves can even look remarkably different depending on time of year or species variant. For this reason, it’s best to wear protective clothing (long sleeves and long pants) or avoid walking through any kind of low-lying foliage.

How Are Allergic Reactions to Poison Plants Treated?

Naturally, the best way to deal with an allergic reaction to poison ivy is to make sure you don’t come into direct contact with the plant in the first place. But even with the best laid plans, sometimes exposure still happens. If you’re out in nature (even if that means in your backyard with different types of flora), be mindful of your surroundings and steer clear of vegetation. But if you do end up coming into contact with poison ivy, there are a few different treatment options available to you:

The vast majority of people will find quick relief through any of the above treatment methods, but on rare occasion the poison ivy rash will be more severe; in these cases the redness and swelling are pronounced, and the blistering may be extreme. Those who have severe allergic reactions, or if the rash is in a more sensitive location such as the eyes or genitals, medical attention may be necessary. In severe cases, the doctor may prescribe a corticosteroid like prednisone to help with the inflammation. Sometimes the blisters can burst and become infected; in such cases the doctor may also prescribe an antibiotic.

Visit a TrustCare Location Near You

Exposure to poison ivy certainly isn’t a major medical concern, but it can be unpleasant and even potentially dangerous for some people. In the midst of COVID-19, when people all over the country are turning to nature more than ever while public spaces are closed, it’s a good time to remember to look out for poison ivy. If you think you’ve been exposed and have itchy rashes on your body, you can always stop by any TrustCare location to talk with a highly qualified healthcare provider for medical advice.