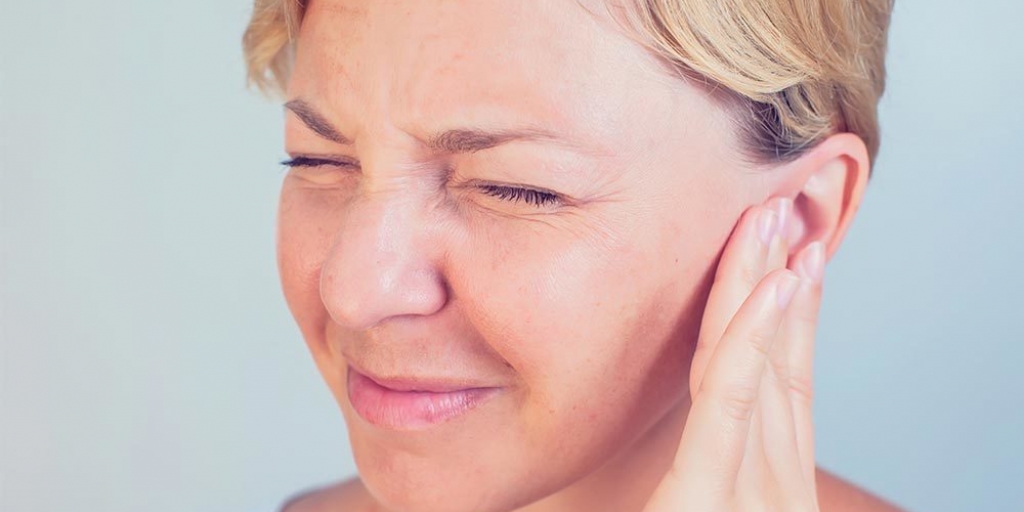 Many parents know the unique challenge of trying to care for a young child when they have an ear infection. For infants and young children, ear infections need to be treated and managed effectively, but they are often not a cause for serious concern.

Ear infections in adults, especially infections that do not clear up quickly on their own or with conservative treatment, can be a signal of more severe health problems. Ear infections can begin with something as innocuous as nasal congestion, but can be related to more severe conditions. In other words, ear pain should not be ignored.

What are Ear Infections?

Ear infections can arise for a variety of reasons and can manifest in many different ways. In adults, ear infections are typically identified by ear pain, fluid draining from the ear, dizziness, and temporary loss of hearing. In children, these infections can also be associated with a fever, fussiness, loss of appetite, and even loss of balance.

Like infections elsewhere in the body, ear infections are caused by the presence of bacteria or viruses inside the ear. Ear infections often occur after upper respiratory infections such as flu, a common cold, or even allergies. Other causes of congestion, stuffiness, and swelling in the nasal passages, including smoking, can contribute to ear infections.

The eustachian tubes are small passages in the head that run from the middle ear to the back of the throat. Normally, these tubes drain fluid from the ear as well as regulate air pressure inside the ear. When these tubes become blocked or obstructed, fluid can build up inside the ear, increasing the chances of infection.

Blockages of the eustachian tubes can occur because of swelling in the sinuses from sinus infections or from seasonal allergies. It is also possible that the adenoids, small regions of tissue in the back of the nose related to your body's immune system, can swell and block the eustachian tubes. Your adenoids can become swollen when your body is trying to fight off an infection, which is another reason ear infections often occur in conjunction with other forms of illness.

In children, it is these eustachian tubes that are also the main source of ear infections. The small tubes, and the relatively large size of the adenoids in a child's head, mean the ears are not always able to drain well. Added to this, the eustachian tubes are oriented more horizontally in an infant's head, rather than angling downward as they do later in life. Other factors, such as bottle-feeding of infants rather than breastfeeding, can also increase the chances of an ear infection.

Ear pain is one of the first signs you may have an infection in your ear. Pain can come from swelling in the tissues in and around the ear, as well as from the buildup of pressure on the eardrum. As fluid from the inner and middle ear stop draining naturally, pressure builds against the eardrum. Without treatment, it is even possible for the eardrum to rupture.

Dizziness or vertigo is another sign you may have an ear infection. The delicate structures inside the inner ear are responsible for helping you maintain your balance, so anything that affects the ear will also affect your sense of balance. This dizziness and vertigo can be very frustrating, may cause nausea, and may even prevent you from carrying out daily tasks like driving. In extreme cases, you may not even be able to stand or move about normally due to the extreme disorientation

Unexplained hearing loss is also a common symptom of ear infections. Swelling or a buildup of earwax in the auditory canal can act as an earplug, preventing sounds from reaching the eardrum. Further in, pressure from fluid built up in the middle ear can keep the eardrum from vibrating normally, thus preventing sounds from being transferred deeper into the ear. Finally, swelling in the structures of the inner ear can also prevent sounds from being perceived normally.

Many of the symptoms of an ear infection are shared among these three types, but the causes, treatment, and specific symptoms of each type will differ depending on what type of infection you have. Since the symptoms may be similar but treatments differ between various kinds of infections, it is important to consult with a physician if your symptoms do not resolve within a few days.

Tinnitus, or ringing in the ears, may also be a sign of an inner ear infection. It is also possible that you may experience blurred or even double vision. Like other kinds of ear infections, leaking of pus or fluid from the ears is also a common symptom.

Typically, labyrinthitis symptoms come on quickly during the first week of infection. These symptoms usually clear up after a few days, but can sometimes have long-term effects that will impact your quality of life, and may even alter your ability to perform basic tasks.

The possibility of an infection spreading to nearby tissue is always a concern. In the case of ear infections, this can include potential damage to the bones surrounding the ear. More importantly, it is possible for an ear infection to the tissues surrounding the brain. This condition, known as meningitis, can quickly become life-threatening if left untreated.

One of the most direct concerns with a middle ear infection is the possibility of the eardrum becoming damaged or even rupturing. Damage to the eardrum can cause a wide range of issues. Temporary or permanent hearing loss, dizziness, tinnitus, and pain are all common symptoms of a ruptured eardrum. Many times a ruptured eardrum will heal within a matter of weeks, but it is possible that it may need surgical intervention. Ruptured eardrums can also allow more pathogens into the inner ear, which increases your risk of ear infections in the future.

It is possible for the auditory canal between your eardrum and the outside of your head to become infected. This type of ear infection, known as otitis externa, is usually associated with damage to the skin inside the auditory canal or the introduction of water or foreign objects into the ear. Outer ear infections are marked by pain in and around the ear, as well as swelling, and sometimes a release of fluid.

If the auditory canal becomes blocked by swelling or a buildup of earwax and fluid it is possible you may have some trouble hearing. You may experience tinnitus or ringing in the ears, as well as balance problems such as vertigo from an infection of the outer ear canal.

Outer ear infections are usually caused by a pathogen or irritant breaking through the protective layer of earwax and skin of the auditory canal. This can cause swelling and the buildup of fluid around the affected area. Unfortunately, this type of infection is also often accompanied by itching, which can cause the urge to scratch at the affected area, potentially making the infection worse.

External otitis, also known as swimmer’s ear, gets its name because increased moisture in the auditory canal, common among people who spend large amounts of time in the water, can soften the skin inside the ear and potentially change the micro-flora of the auditory canal. This can make the ear more susceptible to bacterial infections.

How are Ear Infections Treated?

Some mild adult ear infections can be treated with simple home remedies. Though these can sometimes be effective in relieving the symptoms of congestion, pain, and itching associated with an ear infection, it is important to always seek medical attention, particularly if your symptoms do not clear up within a few days.

Since many ear infections arise from allergies, colds, and upper respiratory infections, the first line of defense in preventing and treating ear infections is to ensure your eustachian tubes and sinuses are clear. If your ear infection is caused by allergies, flu, or a cold, taking over-the-counter antihistamines and decongestants can help reduce the inflammation and irritation in your sinuses that contributes to fluid buildup in the ears.

Ear pain associated with a mild infection can be treated with over-the-counter pain relievers like acetaminophen or ibuprofen. Since ibuprofen also acts to reduce inflammation, taking it can have a side benefit of reducing any swelling that might be blocking your ear canal or eustachian tubes.

Your doctor will want to take a look inside your ear using a specialized tool called an otoscope. This tool, which combines a light and magnifying glass, is inserted into the outer end of the auditory canal and can allow your doctor to see through the canal to the eardrum.

An examination with an otoscope is typically painless and can be useful in determining the cause and exact location of your ear infection. In some cases, a pneumatic otoscope can be used to see how the eardrum responds to a change in pressure. This can help your physician evaluate the amount of fluid built up behind your eardrum by seeing how it reacts to a puff of air.

Hearing tests can also be used to help diagnose the severity of ear problems. These tests, like examination with a pneumatic otoscope, are designed to see how your eardrum responds to sound, which can give clues about the severity of your ear infection.

To manage ongoing bacterial infections in the ear, your doctor will sometimes prescribe medicated eardrops designed to fight the bacteria causing your infection. These are most effective against infections in the outer ear where the drops can easily reach the site of the infection.

Keeping your lungs and sinuses healthy is one of the best things you can do to prevent ear infections. This may mean avoiding known allergens and being careful to wash your hands if you have been around other people who have the flu or even common colds.

Being careful while cleaning your ears is also important. You should keep the outer portion of your ear canal clean and dry whenever possible, but cleaning too aggressively can also cause problems. Caution should be used when cleaning your ears with Q-tips, cotton swabs, or tissues. These cleaning methods can sometimes leave foreign matter inside the ear that can fester and eventually result in the very infection you are trying to avoid.

For people who have repeated infections, more aggressive treatment may be needed. Many children who have chronic or repeated ear infections will often have ear tubes put in to help relieve or prevent fluid buildup inside the ear.

When to Talk to Your Doctor About Ear Infections

Like any other part of the body, the ears can become damaged by ongoing or repeated infections. Some minor infections or earaches can clear up on their own, so waiting a day to go to the doctor is generally acceptable. Leaving an infection untreated, though, can be dangerous. It is possible for the ears to be damaged by an infection, and hearing loss is possible.

Repeated earaches and ear infections can be a sign that something much more serious is at play. It is possible that infections in the ear can spread to other nearby tissue. This could result in a life-threatening infection of the tissue surrounding the brain. In other cases, repeated outer ear infections could be a sign of blockages in the ear canal. In rare cases, these can be caused by forms of cancer. If you are experiencing an infection that is not clearing up on its own after a few days, or if you have been experiencing repeated infections, it may be time to visit one of our clinics today. If you experience more severe symptoms like bleeding from the ears, loss of balance, or an abnormally high fever, you should seek medical attention immediately.