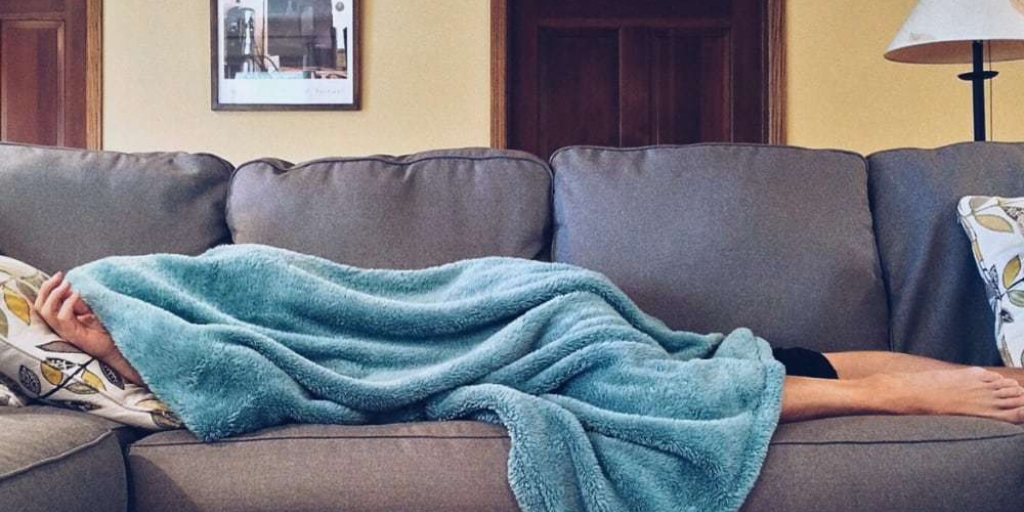 Flu season is upon us again, complete with sniffles, coughs, aches, and an all-around feeling of blah. Every year around November or December, one of humanity’s oldest rivals — the flu virus — rears its ugly head yet again. It sometimes seems unavoidable and inevitable; at work, at school, in the checkout line at the grocery store — the flu can lie in wait and make a sneak attack basically anywhere we go.

But the flu isn’t just bad for our tissue and aspirin budgets; it also has a tremendous impact every year on American workers’ livelihoods. In fact, some reports have estimated that the annual cost of the flu is over $20 billion in lost productivity due to workers having to stay home to recuperate.

Moreover, even though we often think of the flu as a relatively mild inconvenience, the truth is that it can become serious and even life-threatening. The CDC has estimated that the 2017-18 flu season, for example, involved 45 million illnesses, 21 million doctor visits, over 800,000 hospitalizations, and 61,000 deaths.

The good news as we enter flu season this year is that there are options for preventing the flu that will help families, friends, and coworkers stay healthy. And for those who don’t manage to dodge the illness, there are also many treatment options to help ease the symptoms and make recovery less unpleasant.

What is the Flu?

In order to be best equipped to avoid the flu, it’s helpful to know a little bit about what it really is. The flu is the common name for influenza, which is the respiratory illness caused by the influenza virus. A virus is an infectious agent that survives by replicating itself inside the cells of organisms; it is this ability to replicate on such a small scale that makes a virus efficient at spreading and sometimes difficult to control.

There are numerous types of the flu virus, and the type that affects humans and other mammals is known as Influenza A. There are also sub-variants that are often designated by the host they infect; one example that has been well-documented in the news in recent years is swine flu or H1N1.

What Are the Symptoms of the Flu?

Flu symptoms can sometimes be mistaken for another common ailment, rhinovirus (the common cold), but there are numerous indicators that can point doctors to a diagnosis of the flu. Even though it may present in different ways in different people, here are some of the typical symptoms associated with the flu:

Of course, not all people will have all of these symptoms; fever is one such example of a symptom that only happens to some people, and in those cases, it may indicate a more serious case of the flu. Children will sometimes also experience diarrhea or vomiting, but it is distinct from the “stomach flu,” a condition that isn’t actually the flu.

How Do You Get the Flu?

Influenza is a versatile virus that can be transmitted in a number of different ways. The three most common ways the virus is spread is through direct contact, indirect contact, or through the air.

Direct Contact: This type of transmission occurs when a person passes the virus through direct physical contact, say through mouth-to-mouth contact or some sneezing directly in your eyes or nose.

Indirect Contact: An example of this type of transmission would be when an infected person sneezes in their hand and then touches an object like a doorknob or a telephone. The trace amounts of saliva or mucus on their hand can be passed to the inanimate object and then picked up by a new host.

Airborne: As disturbing as it is, the virus can also be transmitted by just breathing the same air as another person. During times when the virus is shedding (when it is able to be passed on), it can become aerosolized and those tiny droplets can stay suspended in the air for a long time.

How Can You Avoid Getting the Flu?

As the methods of transmission above indicate, the flu virus is capable of very easily being passed on if people don’t take precautions. In the winter months, when the virus is typically at its greatest prevalence, there are a variety of steps that can be taken that will dramatically reduce the likelihood of getting the flu:

Beyond these steps, one of the best ways to make sure you don’t get the flu is to get a flu shot. Government organizations like the CDC and NIH regularly recommend that everyone 6 months and older should get an annual flu shot. These vaccines are particularly important for people who are at greater risk of developing serious complications from the flu; this can include the elderly, young children, pregnant women, and people who live in extended-care facilities.

What Do I Do if I Already Have the Flu?

If it’s too late for preventative measures, there are best practices that all doctors recommend for how to treat the flu. Since there is no “cure” for the flu, treatment generally involves treating the symptoms and reducing the likelihood of spreading the virus further.

An important first step is to stay home from work or school. It can be tempting to “power through” and keep up with your normal daily activities, but the truth is that continuing to go into work will likely only make you more miserable, potentially delay the time it takes to get better, and probably pass on the virus to coworkers.

Similarly, the most important part of any flu treatment is to get plenty of bed rest. Your body’s immune system will be actively trying to deal with the virus, and getting sufficient rest is the best way to help your body. Drinking regular fluids is another important part of your recovery effort. In time, usually one to two weeks, your body will eliminate the virus.

For more severe cases of the flu (often in those who have weakened immune systems), a doctor may prescribe an antiviral. These medications generally work by attacking the virus’ ability to reproduce, thereby shortening the duration of the illness.

When Should Adults With the Flu Call a Doctor?

The majority of people who get the flu will have some unpleasant symptoms for a week or two but will ultimately be able to heal without needing to see a doctor. The situation is different, though, if you are at higher risk for complications as discussed earlier. Anyone at higher risk or with a weakened immune system should consult with a doctor at the earliest stages.

If you have been having flu symptoms and are unsure if you’re at higher risk, it’s better to see a doctor anyway. Walk into any TrustCare location to feel better faster.