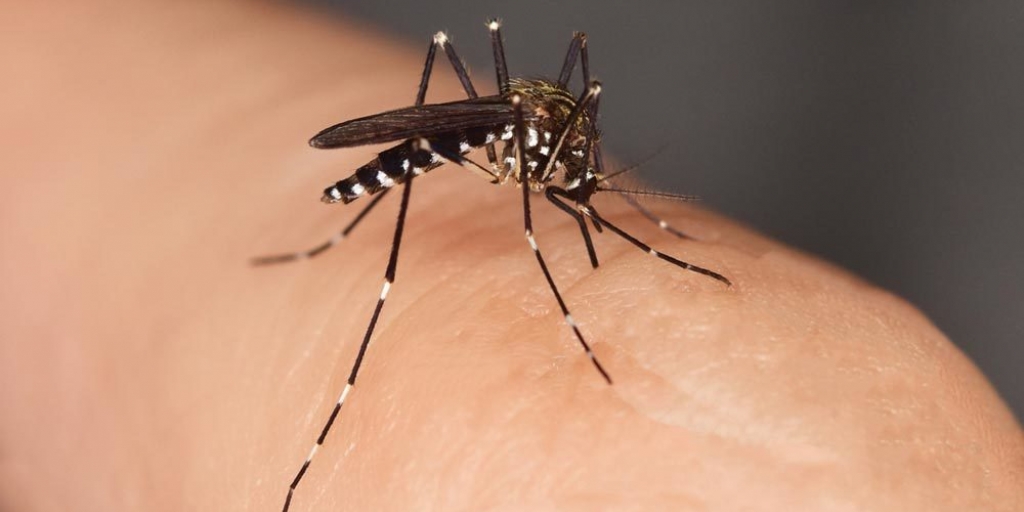 Are you feeling ill after a bug bite? It’s a good time to visit a TrustCare Express Medical Clinic near you. The number of illnesses from tick, flea, and mosquito bites are on the rise. The Center for Disease Control (CDC) reports that insect-related illnesses have more than tripled over the past several years. Mississippi is no stranger to the negative impact mosquitos and ticks can have on your health. Now that the risk is even greater, it’s important that you know what to do to protect your health.

Nearly every person in the entire state has been bitten by a mosquito. The large population of mosquitos in Mississippi makes it even more likely you’ve been bitten more than once. You don’t necessarily feel the bite when it happens, but it swells and starts itching later. In most cases, that’s the extent of the experience. If the mosquito is infected with a virus, you will start to experience other symptoms depending on the specific virus.

Some of the most common viruses spread by mosquitoes throughout Mississippi include West Nile virus, Chikungunya virus, Eastern Equine encephalitis, and Zika virus. All of these viruses cause flu-like symptoms that sometimes become so severe that they lead to meningitis or encephalitis.

Zika virus didn’t gain recognition in this country until July of 2016 when we had our first human outbreak in Miami, Florida. Zika was first discovered in 1947 in Uganda and has been spreading to other locations since that time. The virus causes flu-like symptoms that are similar to other mosquito-borne illnesses but it is especially dangerous to pregnant women. If you are exposed to Zika virus during pregnancy, you are at a greater risk of miscarriage, stillbirth, and birth defects.

Since 2016, a growing number of Zika cases have been reported in Mississippi each summer. To date, all of these cases have been travel-related meaning the person was infected outside the US. Since the virus can be transmitted sexually, it is important for men who have travelled out of the country to take precautions to avoid getting infected. Once they return home, an infected man can spread the virus to a pregnant woman even when they don’t have any symptoms.

West Nile Virus comes from the bite of a “house mosquito” that has become infected by feeding on birds. The incubation period is from five to fifteen days. That means you’ve probably forgotten all about the mosquito bite by the time you have symptoms. Some people never have symptoms at all. Those who do usually have joint pain, body aches, vomiting, diarrhea, rash, and/or swollen lymph nodes. Only rarely does someone have advanced symptoms such as meningitis or encephalitis. One way to ensure your infection doesn’t advance is to identify the cause of symptoms early on.

The onset of symptoms of Chikungunya virus following a mosquito bite is usually between three and seven days. Most often, Chikungunya virus causes symptoms of fever and joint pain. More severe symptoms including joint swelling, muscle pain, headache, and rash can be severe and disabling. While most people improve within a week, others continue to have symptoms for months.

The incubation period for Eastern Equine Encephalitis (EEEV) is between four and ten days. This virus either results in systemic or encephalitic virus depending on the age and other factors of the host. The onset of systemic symptoms is abrupt, resulting in chills, fever, and pain in the muscles and joints. In encephalitic illnesses, symptoms include fever, irritability, headache, vomiting, diarrhea, restlessness, blue skin, coma, and convulsions. About 30% of those with the encephalitic virus die within two to ten days after the onset of their symptoms.

People get bitten by ticks when they are in wooded areas where ticks live. They can also get them close to home from walking through tall grass or when pets carry them indoors. There are several types of diseases spread by tick bites, depending on where you live and the species of ticks common in your area.

The biggest problem happening in Mississippi is the occurrence of Rocky Mountain Spotted Fever (RMSF). RMSF is spread by the American Dog tick or the Lone Star tick, the latter of which is common in Mississippi. It is potentially fatal in humans. The incubation period is between three and fourteen days with the onset of symptoms beginning suddenly. Symptoms include high fever, severe headache, deep muscle pain, fatigue, and chills. Sometimes a rash begins on the legs or arms before spreading to the trunk or other areas of the body. Without treatment within the first few days of symptoms, the illness can be fatal.

While the state has seen a reduction in the number of cases of Lyme disease, the same Lone Star tick thought to carry RMSF and Lyme disease is causing a different problem. The tick’s bite causes alpha-gal meat allergy. Once infected, people can no longer eat red meat and some are no longer able to tolerate dairy products. The symptoms to look for include runny nose, sneezing, headaches, and hives in response to eating meat. It’s also possible for your condition to advance to asthma or anaphylaxis.

Preventing bites from happening in the first place will minimize your risk. Start by using insect repellent that contains at least 30% DEET. This is the optimal amount of the chemical to repel insects without increasing your risk of exposure. DEET repels all kinds of insects and prevents them from landing on your skin. Other repellants only work after the insect bites you.

If you go out into wooded areas, wear long sleeves and pants to cover as much skin as possible. Check pets when they come indoors to prevent them from carrying ticks inside. Also, keep your lawn mowed and get rid of any standing water to keep ticks and mosquitos away from your yard.

Any time you develop flu-like symptoms during the summer months, visit a TrustCare Express Medical Clinic to get immediate care. Also, be aware of the symptoms of insect-related illnesses in your area. Even if it has been a while since you were bitten, don’t delay medical treatment. Visit one of our five locations when your health depends on getting quality urgent care.